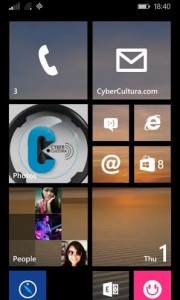 Update 04/AUG/2014 18:20 BST:Cortana available in the UK!. Today Microsoft released Windows Phone 8.1.14147.180, a new version for the developers that haven't been able to update to Lumia Cyan. More details about creating folders on the start screen and some other features here.

Update 16/JUL/2014 23:17 BST: Some users are not receiving the Lumia Cyan update but an update that will allow receiving Lumia Cyan in the future. Check the official Nokia Lumia Cyan release plan here.

The Lumia Cyan (and the Windows Phone 8.10.12400.899) release is now officially available worldwide. It has been confirmed to be available in the following countries: Argentina, Brazil, England, France, India, Ireland, Spain, The Netherlands and several locations in Europe and the middle east.

This 21 MB update is expected to be an adjustment before a more stable release. Some users have reported that this update will fix a problem with Bitlocker that didn't allow to update to Lumia Cyan. After this update everything should be set to get possibly next week a new update.

This update is expected to solve a problem found while updating to Lumia Cyan. Some users are getting the following error while trying to update: 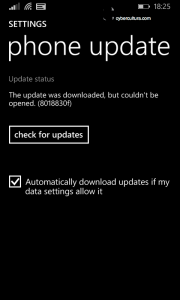